As San Francisco preened for  Super Bowl 50 parties, local author Annice Jacoby organized artists to help shift attention to the worsening plight of the City’s homeless, whom officials have sought to sweep from view during the football-related festivities.

This was a piece for KQED Arts that took a look at what these artists were doing.

Jacoby, founder of San Francisco’s City of Poets, leads another group of artists called Undercover, who are determined to launch citywide conversations about social responsibility. Their focus during the run-up to the Super Bowl has been to respond to threats from city officials to displace homeless encampments.

To provoke discussions and support, the artists created and distributed more than 150 blankets that double as ponchos for people living in the street. The blankets designed by local artist Sietske Tjallingii are adorned with mural-inspired silk printing and messages promoting creativity as a way for people to connect, including “poetry is the shortest distance between two humans,” from San Francisco poet Lawrence Ferlinghetti,

According to Jacoby, Undercover’s goal is “to break the numbness, the stagnation, of the humanitarian crisis in this city that has so much.” Or as painter and silk screen artist Txutxo Perez put it, so the area’s homeless “feel the warmth, all the hands, the time, the labor of love that is behind this.”

“A Film is a Petrified Fountain of Thought.”

"Filmmaking is a chance to live many lifetimes." Robert Altman 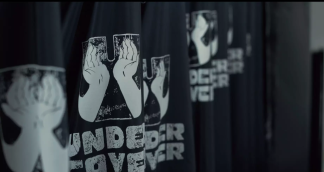 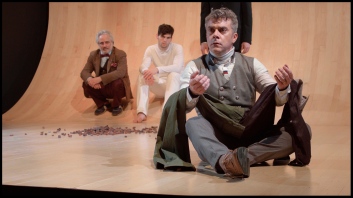